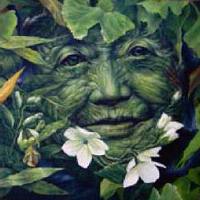 I don’t ordinarily share this type of information yet Mother is insisting that I do this so more can understand some of the amazingness happening on Earth over the past few months. This data comes from both her and several Cosmic Shamans with whom I work.

Mother wants all humans to know that there is a far greater plan afoot here on Earth with this Pandemic. This Pandemic is actually easing us gently into the changes coming in – compared with how this could be playing out.

There is no returning to “normal” for the human realms though. This is not meant to happen as “normal” was so destructive to Mother Gaia and the sacred ecosystems around the planet.

As most humans have been put into a significant “Time-Out”, Mother and many other seen and unseen ones who are in alignment with her are supporting and celebrating the rapidly rising energies within the multi-dimensional zones around the globe.

From the very creation of the Earth within the Solar System, our planet was meant to be one of very high spiritual consciousness. For several billion years, evolution has been strategically coordinated by a Council of Galactic Representatives called the Star Elders, in partnership with our Planetary Caretaker.

However, over the eons and eons, numerous beings who have not been committed to the original purpose of Earth as a place of Luminescent Love have thwarted the achievement of this purpose. The history of these beings’ actions on Earth is a long and sordid history. Yet the good news is that the last remnants of them and their dense energies are being eradicated from the planet at this time.

A number of these nefarious beings have installed technology into the Earth’s crust to affect the energetics of the human realms (and to also stay in communication with their home planets) and this tech is almost completely cleared from the planet at this time.

There are vast numbers of spiritual beings of great Light and Love who have been coming into the Earth’s multi-dimensional planes to support Mother Gaia with these clearings along with activate the stones, animals, waters and more. These beings include angelic ones, avatars, beautiful dragons (yes, dragons do exist in the spiritual realms), and a great variety of nature spirits have been arriving from their home planets to support the New Earth, plus others. Numerous people walking the planet today know they are from another part of the Universe and are here to support this New Earth also.

Several significant phenomena happened in early to mid-April. On 4/4/20, when hundreds of thousands of people were meditating around the globe simultaneously, a massive conduit of energy came into the Earth’s energetic zones from the Great Central Sun to boost the Earth’s multi-dimensional planes. (The Schumann Resonance recorded that energetic shift. https://truththeory.com/2020/04/06/global-mass-meditation-coincides-with-spike-in-the-earths-geomagnetic-field/)

On April 14th, due to a Unified Field of water ceremonies focused on Bimini and where the former Atlantis existed (that Mother asked me to organize), the original metaphysical Atlantean crystals used to establish Atlantis as a colony of Lemuria were re-installed into their planetary energetic grid. These crystals were discovered in the middle of February during a Cosmic Shaman clean-up of the former Atlantis and passed over to Mother Gaia and one of her councils for clearing and reactivation. When they were placed back into the original planetary grid where they belonged, there was another rise in energy in the planet’s multidimensional zones.

In the first week of May, after an energy clearing deep down in the Earth’s crust under central Europe, a very large metaphysical obelisk with codes etched into it was found. Mother Gaia and her teams immediately took charge of the obelisk and the codes were activated and started sending signals to the original planet that created it to support Earth’s full Ascension. This has brought a whole new influx of positive energy into the Earth.

All of us possess energy bodies that extend outside of our physical bodies which have been reverberating with these subtle and not so subtle shifts in energy. Many of us have been experiencing pain in our hearts as we adjust to the raising of energies, not to mention the heartbreak of the Pandemic. We are shedding the denser energies that have been lodged into our hearts for too long.

The phenomena I describe here are only a smattering of many clearings and shifts the planet is undergoing as the heavier energies continue to get cleared out on a daily basis by vast teams of spiritual beings along with Cosmic Shamans in the physical. These humans are Spiritual Warriors who serve Mother Gaia and her councils in helping to birth this New Earth. Their work is mostly silent and yet highly critical to the full work on hand at this time.

Mother Gaia is ecstatic with all that is happening. AND she is calling for all humans to understand that there is a massive collection of teams helping her as this New Earth births. And we all need to shift to support what is manifesting.

Mother is offering us these guidelines: